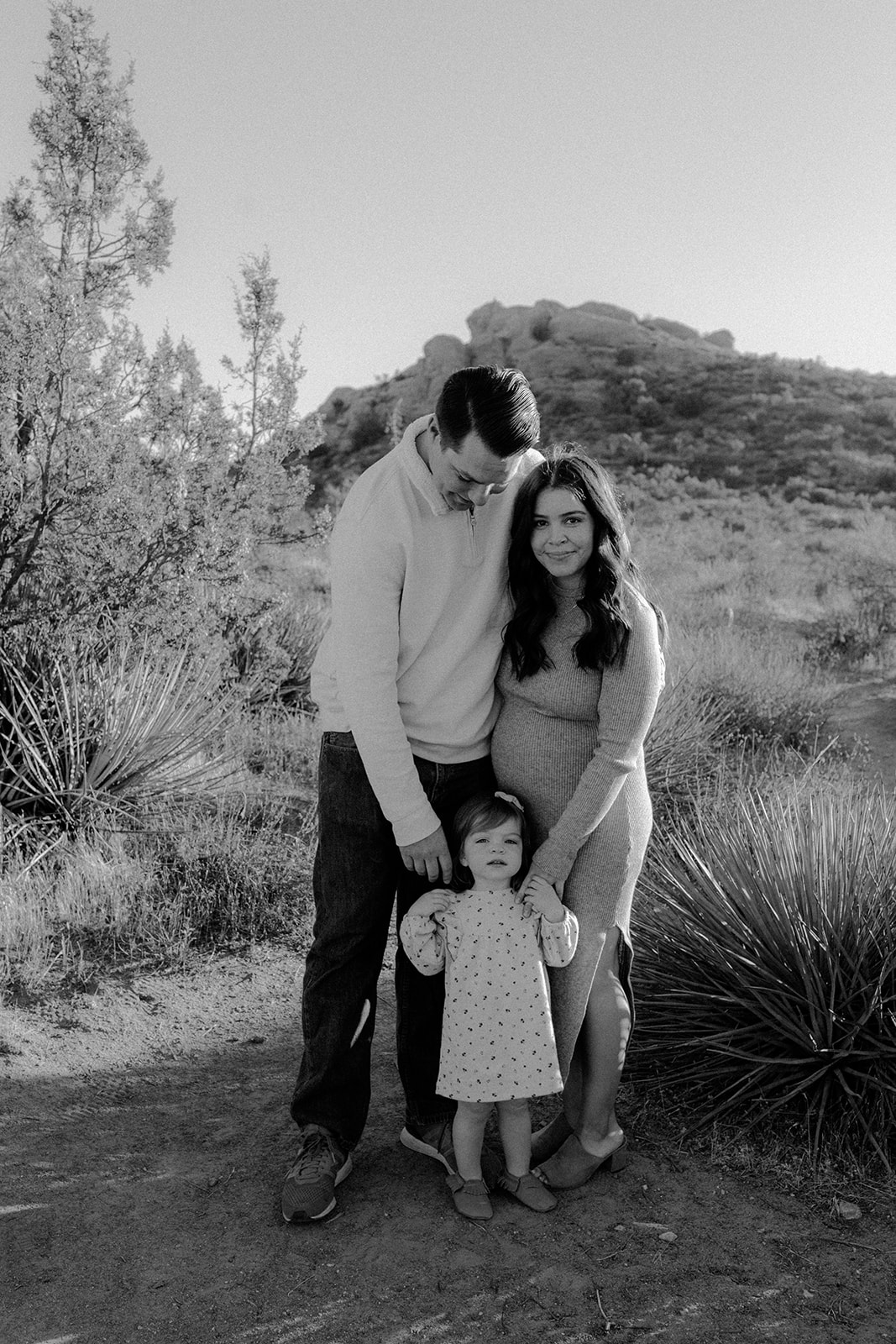 When I was pregnant with Penelope I documented my entire pregnancy journey. I stopped blogging after I had her because I was trying to figure out motherhood, and taking care of a baby is tough! So, I have to have at least one post for my sweet Goldie to remember what pregnancy was like with her ♥

Before I found out I was pregnant with Goldie, I was nervous and slightly anxious at the thought of possibly being sick for another 9 months, and the possibility of developing pre-eclampsia again. My pregnancy with Penelope was rough, like sick almost the entire time. Ready or not, I was jumping into pregnancy again!

HOW WE FOUND OUT…
So it was summer 2020, I had just weaned Penelope from breastfeeding and was super excited to “have my body back” for a little bit before we decided to start trying for another baby. I went for a walk with some friends and their kids, at the end a friend of mine said,“I just have this feeling you’re pregnant and I think you should take a pregnancy test”….WHAT!? No, I’m not pregnant. I just took a test last week and it was negative! Nope, I’ll wait till I miss my period. I have so many things I want to do now that I’m not breastfeeding. These were my thoughts. I was on Facetime with my aunt later that day and she said, “You look glowing, but you’re not pregnant, what have you been doing to your skin?” Maybe it was just a coincidence? About two weeks passed and it was the day. I really didn’t think I was pregnant but thought, why not, I’ll take a test. I put Penelope down for a nap, took the test, put it down and started doing some things around the house. I completely forgot about the test and didn’t look at it for an hour or so. Positive! 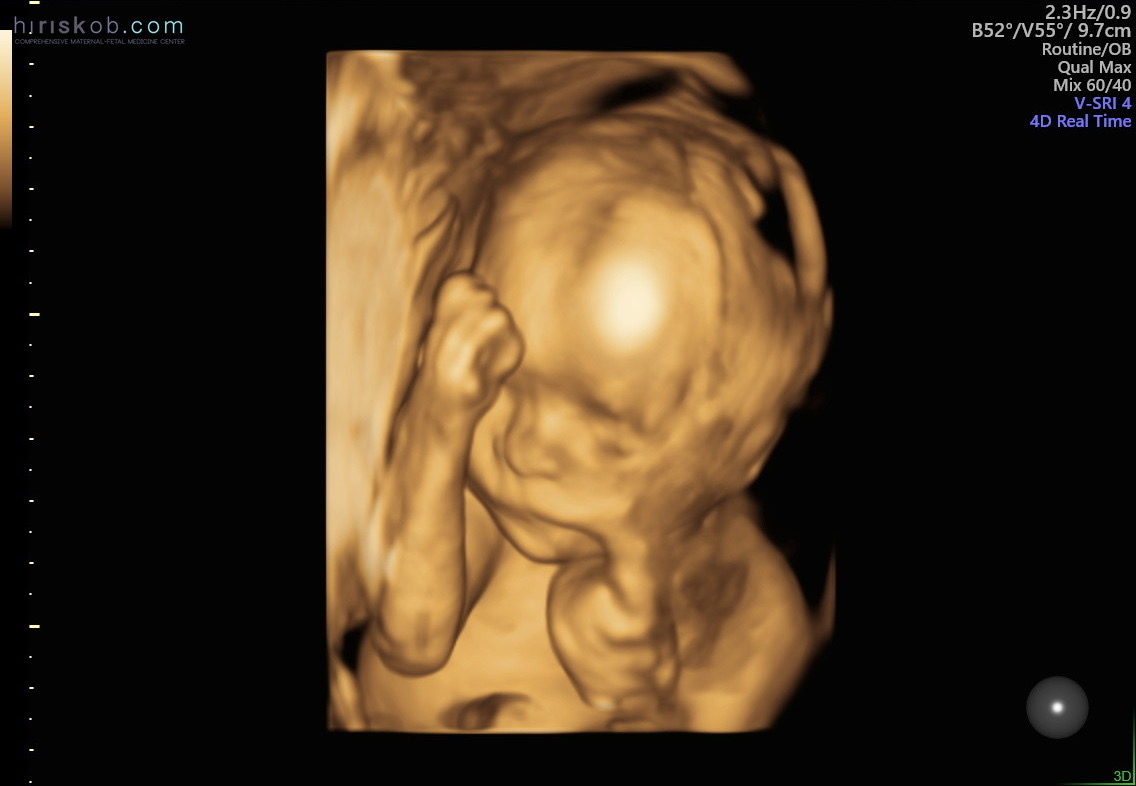 HOW IT WENT…
I had about two blissful weeks of feeling normal and then bam, pregnancy symptoms hit me hard. I was about 6 weeks and I was extremely tired, nauseous, and throwing up. Oh joy. This time around, I wasn’t messing with the sickness. I tried all of my natural remedies, none of which worked, and I had to throw in the towel and get the good stuff. I no longer had the luxury of laying in bed for as long as I needed because I was running around chasing my 16 month old. At my first appointment at 7 weeks I got a prescription for Bonjesta. It was a lifesaver. I was still puking, but only once first thing in the morning, and then I was good. The first trimester I was so tired and hungry. I was napping when Penelope would nap, and I was always snacking. I also ate Taco Bell at least once a week. It’s like a pregnancy craving or something because I had it a lot with Penelope and Goldie, but outside of pregnancy I never eat there.

At 13 weeks we found out, it’s a GIRL! I had a feeling because of how I felt. We were also super excited because we wanted Penelope to have a built-in sister best friend so close in age. At 14 weeks my doctor had me start taking baby aspirin to prevent pre-eclampsia. It was something I still worried about because based on the way I felt, this pregnancy was exactly like Penelope’s. Once I hit the 16/17 week mark the puking stopped. In January 2021 (30ish weeks) my Bonjesta prescription ran out and if I wanted another one it would have cost me $500 and I said no thanks. Two nights after stopping the Bonjesta, I had the worst insomnia. The next night I started taking half a Unisom and I slept amazing. From there out I continued to take a half Unisom every night up until I delivered. Of course I would get up in the middle of the night to pee but never had any issues going back to sleep. In my third trimester I had to start monitoring my blood pressure everyday. Thankfully, I never had any scares and everything stayed normal.

My due date went from March 27 to March 24 since she was measuring slightly bigger. Towards the end she definitely felt a lot bigger than Penelope too. I had braxton hicks contractions starting somewhere close to 30 weeks. My boobs started leaking early too. It’s like my body just knew what was happening and I felt it preparing for delivery much sooner this time around. I had everything pretty much ready to go by the beginning of February just in case. I thought for sure I was going to have her early. I only made it to 37 weeks with Penelope and didn’t think my body could physically go any longer than that with Goldie. Once I got to 36 weeks I started doing all of the things that supposedly put you into labor. Curb walking, some weird workout routine, the “salad”, egg plant, raspberry leaf tea, you name it – I probably tried it and it didn’t work. Those last few weeks I felt so huge and miserable. Goldie was like a little tumbler in my belly, SO active. 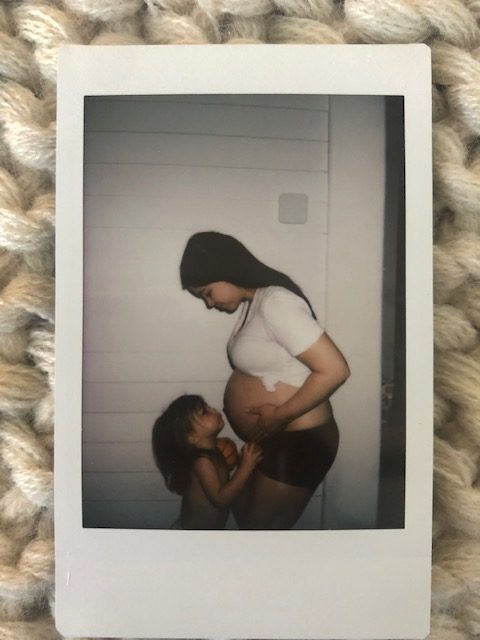 WHAT WAS DIFFERENT…
My doctor monitored me a little closer since I had pre-eclampsia with Penelope, but other than that it was a pretty “normal” pregnancy. The end of it got a little brutal because I was so huge and couldn’t keep up with Penelope. It was hard to get out of the house with her and even get myself ready. Mike was working close to home so he was home fairly early everyday. I felt like I was trying to survive until nap time and after nap, Mike would take over.

The emotional battle I had during this pregnancy was the hardest part, which I didn’t expect. After having Penelope I experienced postpartum anxiety, which put me at a higher risk of having it postpartum again. Spoiler alert, I did. But I also experienced a lot of anxiety while pregnant. I had many fears, partially because of what I went through the first time around, and then there are new things to worry about once you are pregnant and taking care of another little one. I felt like Penelope was still a baby and I couldn’t enjoy the stage that she was in. I mean, when we found out I was pregnant she was only saying “mama” and “dada”! I remember having so much guilt when I was so sick and trying to entertain her from the couch. I felt like I was not being a good mom by letting her watch TV so I could rest. It was something that I really had to let go of. I felt bad that I couldn’t “soak in” this pregnancy and take a ton of pictures with my pregnant belly like how I did with Penelope. Oh, and add in the pandemic so I was limited with things I could do with Penelope. Mike and I had decided that this could possibly be my last pregnancy, and that thought made me feel bad because I didn’t get to “enjoy” it like how I thought I should have. Therapy really helped me navigate all of my fears and anxieties. Not enough people talk about postpartum anxiety/depression – it’s something I’ll write all about soon.

Although the emotional side of this pregnancy was tough, the breakthroughs that I did have because of those lows is something I am grateful for. And this pregnancy gave us Goldie, and she is just the sweetest girl you could ever meet. She is everything her name is, she is sunshine, and just this beautiful ray of light. She was so worth everything that pregnancy brought and I would do it all over again to have her.

Overall, I am very grateful that I had a healthy pregnancy. I’m so happy that there are things like Bonjesta and Unisom to keep a pregnant mama feeling good and rested! I learned a lot about having grace with myself and learning to let go of the little things that I could not control while pregnant. Being pregnant with a toddler is no joke. Check on your pregnant friends with kids – send them a Starbucks 😉 Stay tuned for my birth story with Goldie 🙂 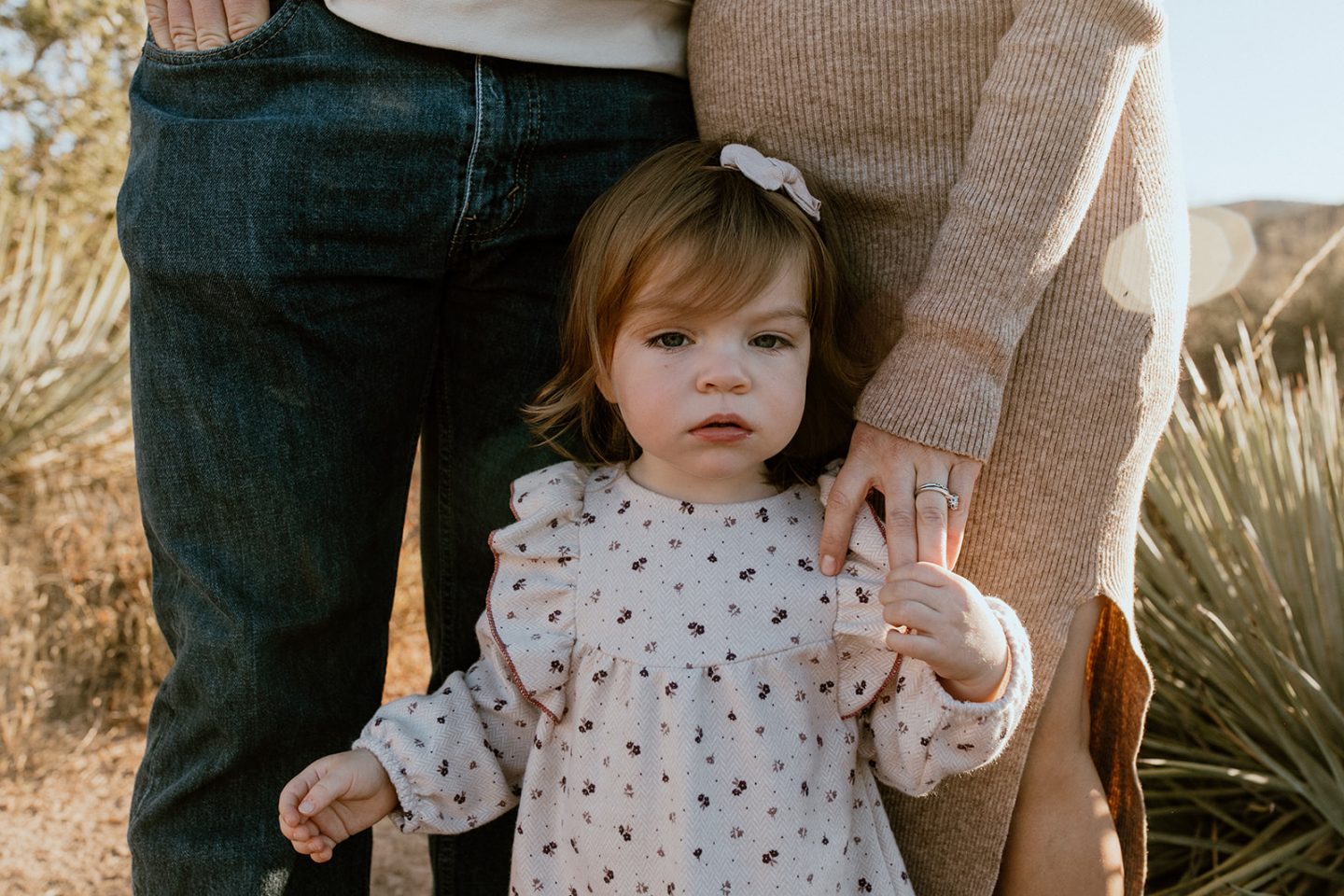