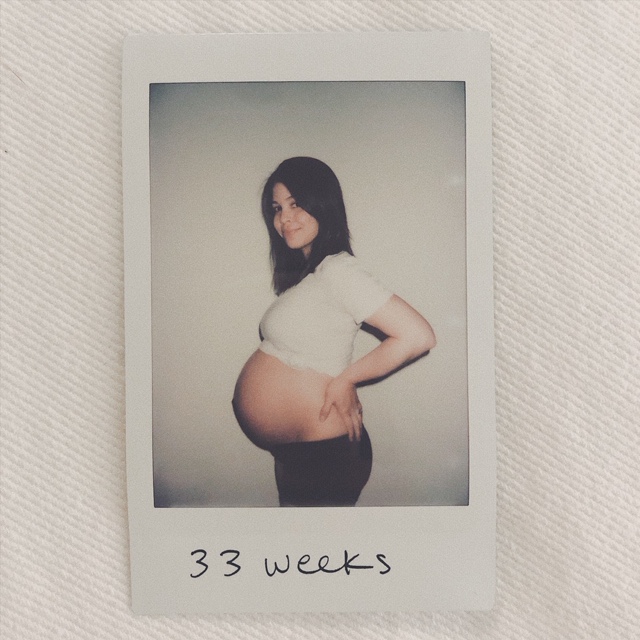 Morning sickness or sickness in general from pregnancy doesn’t always go away in your second trimester. Trust me, I experienced it all the way into the third trimester. I’m 33 weeks now and have finally been feeling good. Through trial and error I found some things that really worked for me and helped me cope with the never ending sickness.

DISCLAIMER: I am NOT a medical professional. The following is based off of my opinion and personal experience. ALWAYS consult your doctor on any pregnancy sickness remedies.

UPDATE:
When I got pregnant with Goldie I started experiencing the same exact symptoms as I did with Penelope. However, it was a little worse because I didn’t have the option to lay in bed, I was running after a 16 month old. It was rough. My bag of sickness tricks were not doing it this time so I had to lean into taking some kind of prescription. My doctor gave me a prescription for Bonjesta at 7 weeks and then Zofran at 12. I ended up taking Bonjesta up until I was in my third trimester. The Bonjesta allowed me to function and not feel so sick. I was still puking in the morning but only once and it didn’t feel like a big deal. I would feel like I had to puke, do it, and feel totally fine. I stopped puking in the middle of my second trimester. I stopped taking it when I was around 33 weeks and noticed that I couldn’t sleep after. I then learned that the reason you take it at night is because it has an active ingredient that is like a sleeping aid. So, I started taking half a Unisom and that gave me the best sleep. After my second pregnancy I learned that it’s not a bad thing if you have to take a little something extra to help you during the day.

Pregnancy is seriously a miracle. So just accept that this time is short, it will all be over with soon, and you’ll be holding a beautiful baby before you know it. Hang in there, you got this!