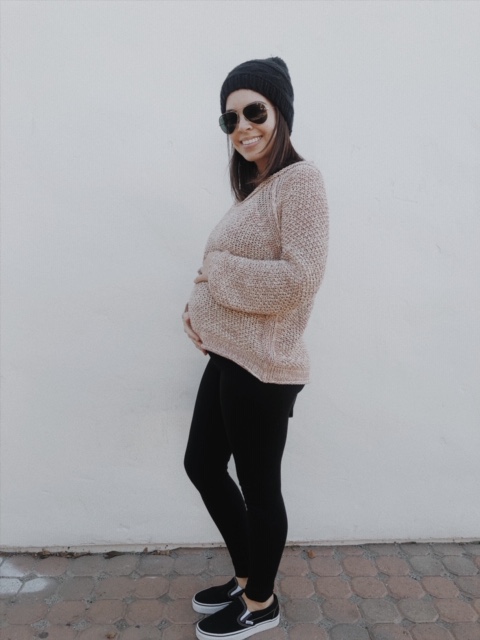 Pregnancy brain is a REAL thing. I think I’ll start with that because I completely forgot to include some things that happened at 24 weeks in my previous update. So I guess this should be titled ‘Pregnancy  Weeks 24-30’, but whatever! So here is my update from weeks 24 through 30… 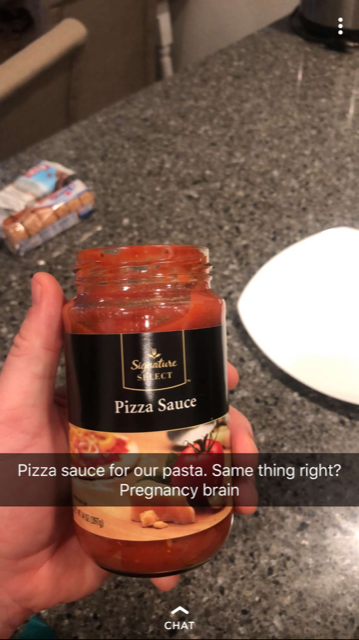 When Mike realized pregnancy brain is in fact real.

I am 24 weeks officially on December 16th – the 6 month mark! Her movements have gotten so strong these days. This past week it felt as though she was tickling me from the inside. Such a crazy and weird feeling. I went on a job interview at 6 months preggo. I didn’t say that I was pregnant and I’m not sure if they could tell or not but my belly is getting too big to try and “hide” anything. Even if I were to get anything soon I wouldn’t be working for long before I go on maternity leave. What if I hated the job and said I was going back and then really wasn’t, I couldn’t do that. Looking for a job while being pregnant has had it’s challenges.

I guess I also spoke too soon in my last update by saying ‘these days I’ve been feeling great’ because the day I turned 24 weeks….the toilet was calling my name. Apparently baby didn’t like breakfast, because it all came right back up and then some.

During week 25 I’ve learned that baby girl really loves when I play Elton John. She’s literally dancing around in my belly like crazy when I play his music! I can’t help but laugh because of how much she’s moving during his music it’s crazy. She’s also become very active when I work and whenever there’s a lot of noise around. 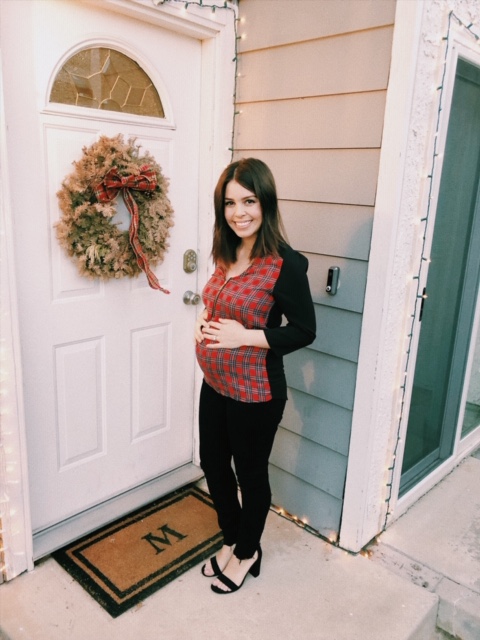 Acid reflux has hit me hard these weeks. It gets progressively worse at night too. Like a burning flame that comes up my throat, it is the worst! I’ve read that it has a correlation with the hair growing on the babies head. I guess we’ll find out if that’s true or not. If it is, she better have a full head of hair with the way this acid reflux feels.

FOOD. Oh food, I think about it all the time. I always have snacks on hand and am always thinking about what I’m going to be eating next. The thing is that no matter what I’m eating I still feel hungry. I have a stash of cliff bars in my night stand for those nights when I wake up in the middle of the night starving. It happens often and having them right next to me is so convenient.

Week 27 came around and I officially said goodbye to my innie belly button and hello to my outie. Also, goodbye (I think) to throwing up! I got these new prego pops that have really helped with my morning sickness. I’ve only thrown up once since I got them!

I’ve noticed that she’s gotten into a rhythm or routine with her activity. She’s active first thing when I wake up, during breakfast, and for a little bit after breakfast. Some more movements around lunch time, active again at night, and then when I fall asleep she does too. 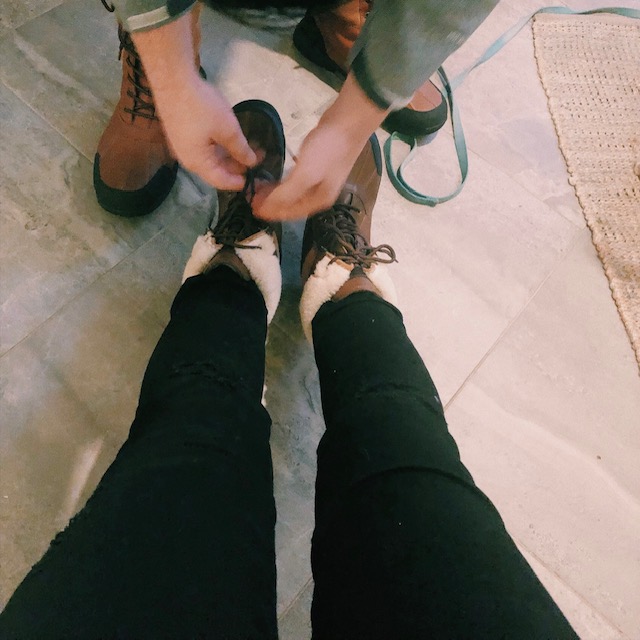 Week 28 hit me like a ton of bricks. It’s the third trimester and I’m so tired. Like, really tired. I took a shower and had to sit down at one point because I was so exhausted. Blow drying my hair takes twice the amount of time because I have to take breaks. She feels like she’s getting so much bigger and it’s making me more uncomfortable. Sometimes the way she moves and positions herself makes me feel nauseous and almost like my stomach is in my throat. That probably sounds weird but that’s the only way I can describe it. I’m walking more slow these days and the acid reflux has hit an all time high. Tums only gives me relief for maybe ten minutes and then it comes back. I took my glucose test this week, and passed!

Mike and I went on our “baby moon” during weeks 29-30. It felt like a second honeymoon. We loved getting to spend this time together, just us. It’s the last time we took a trip without worrying about a child. It still doesn’t feel real to me sometimes – we’re having a baby in approximately ten weeks or less! This is crazy! 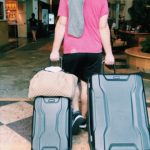 My amazing husband does it all without one complaint. 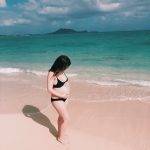 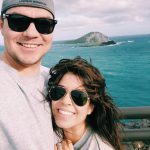 Enjoying every moment of the last kid free vacation

There won’t be many more updates until she’s here! It’s exciting and kinda sad at the same time for me. I can’t wait to meet her but I am really enjoying this time where it’s just me and her and I get her all to myself. Although, I miss sleeping on my stomach, so I can’t wait for that again.